A new video of The Last Remnant Remastered compares the upcoming release with the game's original version running on the Xbox 360. The remaster will be a PlayStation 4 exclusive title.


In the role-playing game players play as Rush Sykes, a teenage warrior from the secluded, yet peaceful island Eulam. However, this peaceful life is shattered when his sister is suddenly kidnapped right before his eyes by a mysterious group of soldiers.

No one likes ads. We know that. But ads help us pay the bills. sentiment_dissatisfied
Please whitelist us in your adblocker software so that we can continue to provide quality content.
Ad complaints? Contact us.
Advertisement
Sykes immediately sets off after them, unaware of the evils of the outside world but determined to find his sister at any cost.

The original game released in 2008 for Xbox 360 and eventually made its way to the PC a year later.

The PlayStation 4 remaster runs in Unreal Engine 4 to power its upgraded graphics, such as improved texture resolution and improved lighting.

The Last Remnant Remastered releases on December 6, 2018, exclusively for PlayStation 4. 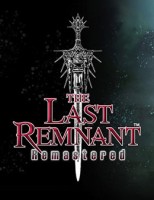