In Sonic Forces players can play as two variations of Sonic the Hedgehog: Modern Sonic and Classic Sonic.

No one likes ads. We know that. But ads help us pay the bills. sentiment_dissatisfied
Please whitelist us in your adblocker software so that we can continue to provide quality content.
Ad complaints? Contact us.
Advertisement
Modern Sonic plays through three-dimensional stages and can use abilities such as boosting and homing attacks, while Classic Sonic's gameplay features 2D side-scrolling stages reminiscent of the Sega Genesis-era of games.

In addition to the two Sonics, Sonic Forces introduces a third character, known as the Custom Hero, in which players are able to create their own custom character, a first for the series.

The hero is created from a base of seven animal types, each of which possesses a unique ability. In addition to a standard grappling hook, custom heroes are able to equip various gadgets known as Wispons, such as a flamethrower, used for both attacking and traversal.

The game was first announced in July of 2016 before the release of the Nintendo Switch. Back then, the game was titled Project Sonic 2017. 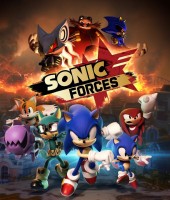 What do you think?
Let us know how you reacted to this article
Like
Funny
Okay
Amazing
Angry
Sad
person
send
Submit
bubble_chart

Editorial: Happy holidays from our team