Months after the game's release microtransactions will be removed

The action adventure role-playing game Middle-Earth: Shadow of War will be getting rid of its microtransaction system via an upcoming update, development studio Monolith confirmed earlier this week.


According to a recent announcement, the studio claims it has realized that the game's microtransaction system "undermining the heart of the game". Players of the game could buy Orcs to build up their army to progress through the game faster.

No one likes ads. We know that. But ads help us pay the bills. sentiment_dissatisfied
Please whitelist us in your adblocker software so that we can continue to provide quality content.
Ad complaints? Contact us.
Advertisement
The announcement further states that the system compromised stories featured in the game's Nemesis System because even knowing about purchasable options reduced the immersion in the world.

While the new announcement seems to be a step in the right direction in the eyes of many, the real reason behind the removal of microtransaction systems could be related to the game's stagnating sales.

The game released in October 2017 and those who were expected to make use of microtransactions have likely moved on by now, potentially making management and upkeep of the in-game store a burden.

The update will be available free of charge for all existing owners of the game.

The ability to purchase Gold will permanently cease on May 8, 2018. The permanent removal of Gold, War Chests and the Market will take place on July 17, 2018, at the same time as all other updates. 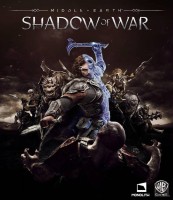 Middle-Earth: Shadow of War
Monolith Productions
Platforms
Xbox One, PC, PlayStation 4
Release date
PC, Xbox One, PlayStation 4
Tuesday, October 10, 2017
assignment
Learn more
Advertisement
No one likes ads. We know that. But ads help us pay the bills. sentiment_dissatisfied
Please whitelist us in your adblocker software so that we can continue to provide quality content.
Ad complaints? Contact us.
Advertisement
subject