Sony has announced that the upcoming PlayStation 4 exclusive racing game Gran Turismo Sport will be getting a playable demo next week. The demo will be available for four days.


The playable demo will be available for preload starting this coming Saturday, October 7, 2017, and will be unlocked on Monday. Players will be able to play the demo until Thursday, October 12, 2017.

No one likes ads. We know that. But ads help us pay the bills. sentiment_dissatisfied
Please whitelist us in your adblocker software so that we can continue to provide quality content.
Ad complaints? Contact us.
Advertisement
In the demo players will be able to access three game modes and parts of the game's editor. The tracks featured in the demo version include the Northern Isle Speedway, the fictional Dragon Trail track and an unknown off-roading track.

The progression made during the playable demo will be transferable to the full retail game when it launches on October 18, 2017. Of the earned in-game credit players will be able to transfer up to 1 million dollars. 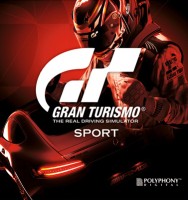