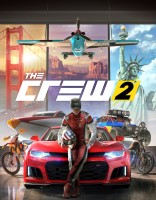 Publisher Ubisoft has announced a new release date for its upcoming racing game The Crew 2. The game is the direct sequel to the original game. The Crew 2 is set in the fictitious continent Motornation, a huge, varied, action-packed, and beautiful p..

Racing game The Crew 2 gets first gameplay trailer, to release on March 16 2018

Ubisoft has released a new trailer for the upcoming racing game The Crew 2. The trailer was released at Gamescom 2017 in Cologne, Germany. The Crew 2 is set in the fictitious continent Motornation, a huge, varied, action-packed, and beautiful playgr..

Racing game The Crew 2 gets first gameplay trailer, to release on March 16 2018