Blizzard has announced that it has launched the Server Browser update for the popular shooter game Overwatch. The new server browser allows players to connect to specific custom matches.


The server browser that is included in the update will allows players to filter through custom matches with region filters and gametype filters.

No one likes ads. We know that. But ads help us pay the bills. sentiment_dissatisfied
Please whitelist us in your adblocker software so that we can continue to provide quality content.
Ad complaints? Contact us.
Advertisement
Server browsers have been included in every major PC multiplayer game, including iconic shooters such as Unreal Tournament 2004 and Call of Duty 4: Modern Warfare, but have been left out in more recent multiplayer games because most developers have a tendency to not optimize their games for the PC platform.

The new server browser is being added to the game because the game's matchmaking system did not allow players to specifically select which custom game they want to join.

The new game update also adds new functionality to the custom game feature by adding new tweakable options. The capture-the-flag game mode that was added in the game's recent Year of the Rooster update will also be staying and is now available through custom games.

The new options allows the game's Competitive Mode to shine because custom game admins will be able to tweak the game's heroes and game modes to create a more balanced game.

The new update is now available for all versions of the game. 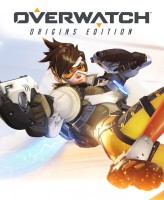