Publisher Deep Silver will be pulling the upcoming shooter game Metro Exodus from Steam. The publisher has decided to sell the game via a different PC game store the first year instead.


According to a recent announcement, the publisher has decided to discontinue Metro Exodus sales on Steam. The game is now an "Epic Games Store exclusive title".

No one likes ads. We know that. But ads help us pay the bills. sentiment_dissatisfied
Please whitelist us in your adblocker software so that we can continue to provide quality content.
Ad complaints? Contact us.
Advertisement
The game is currently still purchasable on Steam, but it will be removed from the digital store later today. Those who have already purchased the game will still be able to play and get all of its upcoming downloadable content.

Valve noted that "the decision [ed: of publisher Deep Silver] to remove the game is unfair to Steam customers, especially after a long pre-sale period."

The pending removal has sparked a run on the Steam edition of the game. It quickly bumped to the #1 top selling on the digital store.

It isn't the first major release that has been pulled from Steam. Earlier this month publisher Ubisoft announced it had removed its shooter game Tom Clancy's The Division 2.

In our recent opinion feature we discussed the practices of Ubisoft and several other major publishers, concluding that the power struggle was not in the best interest of PC gamers.

Update 19:24 GMT: Publisher Deep Silver has announced that Metro Exodus will return to Steam and on other store fronts after February 14, 2020, when the one-year exclusivity deal with Epic Games ends. 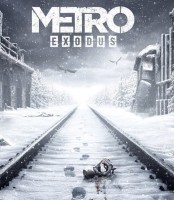 Metro Exodus
4A Games
Platforms
PC, Xbox One, PlayStation 4
Release date
PC, Xbox One, PlayStation 4
Friday, February 15, 2019
assignment
Learn more
Advertisement
No one likes ads. We know that. But ads help us pay the bills. sentiment_dissatisfied
Please whitelist us in your adblocker software so that we can continue to provide quality content.
Ad complaints? Contact us.
Advertisement
subject