Follow Mikhail, Olga, and Leonid as they weave through the warzone of Novo Slava

Square Enix has released a character trailer for its upcoming survival shooter Left Alive. The trailer sheds light on the three characters in the game.


The trailer features a look at the three protagonists in the game Mikhail, Olga and Leonid during the attack on the fictive city of Novo Slava in the year 2127.

No one likes ads. We know that. But ads help us pay the bills. sentiment_dissatisfied
Please whitelist us in your adblocker software so that we can continue to provide quality content.
Ad complaints? Contact us.
Advertisement
The new game is being developed by Square Enix along with veteran developers who worked on Armored Core, Metal Gear, Ghost in The Shell: Arise and Xenoblade Chronicles X.

The game will feature three protagonists, including a young man and woman, and players will change between them throughout the game's story campaign, much like the character switching system featured in Grand Theft Auto V. 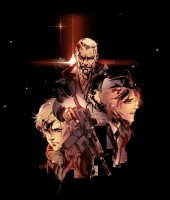