New World Interactive has announced that it has officially launched the World War II shooter game Day of Infamy. The game was already available through Steam Early Access.


Day of Infamy first started as an unofficial modification for the popular tactical shooter game Insurgency. Because of the modification's success the development team behind the original game decided to pick it up to release it as a separate title.

No one likes ads. We know that. But ads help us pay the bills. sentiment_dissatisfied
Please whitelist us in your adblocker software so that we can continue to provide quality content.
Ad complaints? Contact us.
Advertisement
As a result, the game includes many of the original game's praised tactical gameplay mechanics as well as an updated squad system and Steam Workshop support.

Players will have access to three multiplayer game modes, including a classic co-op mode in which either 24 or 32 players battle it out against eachother. 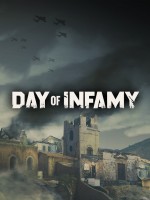