Guerrilla Games has released a new developer diary video for Horizon Zero Dawn. In the video the game's development process is highlighted.


In the new video developers of the game discuss what it took to develop the game on the PlayStation 4. The engine used by the game had to be updated to allow players to run around in an open world environment without loading screens.

Along with the soundbites from several game developers the video also features new gameplay footage that has not been shown before. 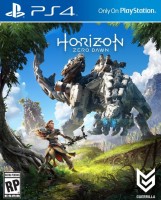 Horizon Zero Dawn
Guerrilla Games
Platforms
PlayStation 4
Release date
PlayStation 4
Tuesday, February 28, 2017
assignment
Learn more
Advertisement
No one likes ads. We know that. But ads help us pay the bills. sentiment_dissatisfied
Please whitelist us in your adblocker software so that we can continue to provide quality content.
Ad complaints? Contact us.
Advertisement
subject