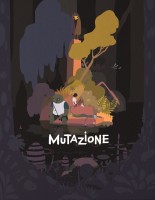 Mutazione is an adventure game where the juicy personal drama is just as important as the high-stakes 'adventure' part of the story. It draws on the ensemble cast format of storytelling in favourite television shows such as Twin Peaks, Deep Space Nine, Grey's Anatomy, and Lost.

Indie development studio Die Gute Fabrik has announced its adventure game Mutazione. The game will release later this year. Mutazione is said to be an adventure game where the juicy personal drama is just as important as the high-stakes 'adventure' ..