Dark Souls: Remastered for Nintendo Switch delayed due to "the nature of causality"

The Nintendo Switch version will now release this summer

Bandai Namco has delayed the release of Dark Souls: Remastered for the Nintendo Switch. The game was supposed to release on May 25, 2018.


According to a recent announcement, the Nintendo Switch version of Dark Souls: Remastered was delayed due to "the nature of causality". The publisher did not give a more clear explanation.

No one likes ads. We know that. But ads help us pay the bills. sentiment_dissatisfied
Please whitelist us in your adblocker software so that we can continue to provide quality content.
Ad complaints? Contact us.
Advertisement
The remastered edition of the game features a graphical overhaul and will render at a higher resolution. The game will also contain online multiplayer functionality that allows up to 6 players to team up together.

Dark Souls: Remastered for Nintendo Switch will now release this summer. The PC, Xbox One and PlayStation 4 versions of the game will still release on May 25, 2018. 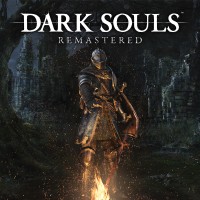