Indie developement studio Anshar Studios has announced that the virtual reality space exploration game Detached will be getting a multiplayer update later this year.


In Detached players are trapped in an abandoned space station. They must race against borrowed time to find their crew before their oxygen supply runs out.

No one likes ads. We know that. But ads help us pay the bills. sentiment_dissatisfied
Please whitelist us in your adblocker software so that we can continue to provide quality content.
Ad complaints? Contact us.
Advertisement
As they solve puzzles to open airlocks, locate power cores and disable transmitters, players will realize they won't be alone when they finally escape into the universe's deep infinity.

When the new multiplayer update launches, players will be able to experience one new multiplayer game mode Race that will test their determination and ability to control an advanced EVA suit.

The multiplayer component of the game will feature community ranking leaderboards and a lobby system to easily join up with friends. Aside from the new Race game mode several other game modes are expected to be announced at a later date. 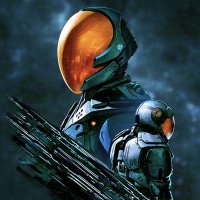 Detached
Anshar Studios
Platforms
PC, PlayStation 4
Release date
PC, Virtual Reality
Thursday, May 18, 2017
assignment
Learn more
Advertisement
No one likes ads. We know that. But ads help us pay the bills. sentiment_dissatisfied
Please whitelist us in your adblocker software so that we can continue to provide quality content.
Ad complaints? Contact us.
Advertisement
subject