TaleWorlds Entertainment's Mount and Blade series are some of the best medieval role-playing games. Mount and Blade II: Bannerlord is the much-anticipated follow-up to Mount and Blade: Warband. After an eye-watering 10-year wait, will fans be disappointed?


Set 200 years before, it expands both the detailed fighting system and the world of Calradia. Bombard mountain fastnesses with siege engines, establish secret criminal empires in the back alleys of cities, or charge into the thick of chaotic battles in your quest for power. The game is currently available via Steam Early Access and it will stay in this development phase for at least a year.

No one likes ads. We know that. But ads help us pay the bills. sentiment_dissatisfied
Please whitelist us in your adblocker software so that we can continue to provide quality content.
Ad complaints? Contact us.
Advertisement


The gameplay stayed faithful to the great formula that is Mount and Blade: Warband with a few welcome additions. The new character creation is pretty nice and just like before, your background can determine your strengths and weaknesses.

Mount and Blade II: Bannerlord retained the great large-battle combat but revamped the skill tree. There are new passive skill trees that can be earned by leveling skills like one-handed weapon skill and stewardship. For example, if a player prefers to use a sword and shield, one-handed skill will increase. After a certain skill level is reached, the player will be able to take advantage of passive abilities that can help in combat, governing cities, and much more.

The combat remains the same as Mount and Blade: Warband. Mount and Blade's main selling point is the battle system where the player commands vast armies and siege castles. The player can make troop formations and attacks. Beginners will have a hard time trying to learn the system at first but people tend to find a form of attack that they get used to. There is an option to send your troops into battle without supervision but the battle becomes a dice roll and would often result in diminished effectiveness.

This system of combat allows players to grind as well as take part in major battles the player needs to win. The combat is hard but extremely satisfying to get right. The enemy team will also combat the players with their own formations and attacks, depending on the type of troops you have. For example, if your troops consist of all cavalry, enemies will form squares to break horse charges.

Despite all of the good that Mount and Blade II: Bannerlord has to offer with its gameplay, it is a fact that it can get repetitive once you get into a routine of slaying bandits and opposing militaries. Combat is everything in this game: a source of equipment, food, and gold. However, to keep the fight going, you must maintain your army. They need to get paid and fed, as well as given rest when injured.

The political system in the game is still a bit shaky, or more specifically the dialogue system. Some dialogues options remain empty and filled with placeholders. The political aspect of this game does help build its own story through natural gameplay and that is what makes this game unique.

The is no real way to play Mount and Blade II: Bannerlord. In fact, one can completely ignore combat and become a trader or business owner. However, the most lucrative and easiest has to be through combat.


The game's graphics are the most notable upgrade from Mount and Blade: Warband, and it delivers… enough. There are many things that were added to make the game look better, such as more realistic character models with facial animations and added foliage. The new and improved map is also much appreciated.

Considering the decade gap between its predecessor, it is hard to say that the improvement was worth the wait. If you look at the game, there is not much that separates it from other games. In the developers' defense, a combat simulation game like Mount and Blade II: Bannerlord needs to have its graphical limitations because of the scale of each battle as it would be extremely taxing otherwise.

Despite not featuring state-of-the-art graphics, there is hope that the graphic fidelity will gradually improve as development continues during the Early Access phase and third-party modifications are made.


If you are a newcomer to the Mount and Blade games, this is the best starting point because it is essentially the same as Mount and Blade: Warband with much better graphics.

It may not be polished but the potential of this game is astronomical. However, if you are a long-time fan, you will find yourself disappointed. The lack of meaningful upgrades makes Mount and Blade II: Bannerlord hard to justify. The new passive skill, updated fief management, and new map are nice but not enough to justify the current asking price.

This game is worth it for people who want to try Mount and Blade games for the very first time. The world is fantastic. For long-time fans, there is not much to see. After playing 30+ hours of this game, it is hard to say that the game was not enjoyable, but the game currently fails to deliver significant changes to warrant a purchase for old fans. 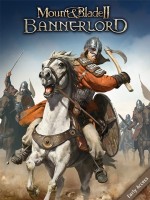