Life Is Strange 2 gets reveal trailer, first episode to release next month

Development studio Dontnod Entertainment has released the first trailer for its story game Life Is Strange 2. The first episode releases next month.


In Life Is Strange 2 two brothers Sean and Daniel Diaz, 16 and 9, are forced to run away from home after a tragic incident in Seattle. In fear of the police, Sean and Daniel head to Mexico while attempting to conceal a sudden and mysterious supernatural power.

According to an announcement, the team has been working on the game since the original was released as boxed version in 2016. The game has sold over 3 million units since its digital release in 2015.

The sequel to the original will be split up in five different episodes that will be released over several months.

Second Life Is Strange 2 episode to release next month

Life Is Strange 2 gets launch trailer, first episode to release this Thursday

First Life Is Strange 2 episode to release on September 27th 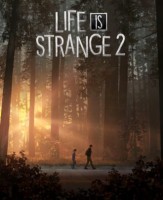 Second Life Is Strange 2 episode to release next month

Life Is Strange 2 gets launch trailer, first episode to release this Thursday

First Life Is Strange 2 episode to release on September 27th

ZeroLives.com is a company from Moonlight Multimedia.
Find us on
Contact Advertise Apps Newsletter Scoring policy Guestwriting Terms of service
Theme:
Default
Dark
© 2011 - 2020 ZeroLives.com. All rights to their respective owners. Looking for software development? Click here.
An error has occurred
Cancel No Yes OK
ZeroLives.com
Get the official mobile app
Install now Install now
close
Do you want to receive notifications for breaking news?
Enable notifications
No spam. Just news.
Weekly newsletter
Stay updated with our weekly newsletter. The latest news in your e-mail inbox every Saturday.
done
Do it
close
No thanks!
Thank you for subscribing
close
Close