The development team behind the popular Half-Life remake Black Mesa has released the first screenshots of the remake of Xen. The chapters are the final part of the Half-Life singleplayer campaign.


Xen is the final part of the Half-Life 1 campaign that still has yet to be included in Black Mesa. The modification is the Source engine remake of Valve's original Half-Life game. The Source modification first released on September 14, 2012, and made its way to Steam as a separate title on May 5, 2015.

No one likes ads. We know that. But ads help us pay the bills. sentiment_dissatisfied
Please whitelist us in your adblocker software so that we can continue to provide quality content.
Ad complaints? Contact us.
Advertisement
The first screenshots of the exterior are said to show Xen running in real-time, in-game, with no editing.

The Xen chapters were supposed to launch in December this year but the team has now announced that it will not be making that deadline because it doesn't want to compromise on its quality.

Along with an update on Xen, the team has also shown a new deferred rendering system that is said to cast real-time light, shadows and god rays.

The new system will not replace all lights in the game, but will be used in many special cases where the development team want lights to be particularly gorgeous. 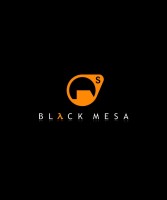 This comment has been removed. Its taking too long

Black Mesa
Crowbar Collective
Platforms
PC
Release date
PC (Early Access)
Tuesday, May 5, 2015
assignment
Learn more
Advertisement
No one likes ads. We know that. But ads help us pay the bills. sentiment_dissatisfied
Please whitelist us in your adblocker software so that we can continue to provide quality content.
Ad complaints? Contact us.
Advertisement
subject