The crossover fighting game will release next year

The fighting game Jump Force will be released in February 2019, publisher Bandai Namco has announced. The game will also be getting a beta test later this year.

No one likes ads. We know that. But ads help us pay the bills. sentiment_dissatisfied
Please whitelist us in your adblocker software so that we can continue to provide quality content.
Ad complaints? Contact us.
Advertisement
The game is currently in development at Japanese development studio Spike Chunsoft and is being published by Bandai Namco.

The closed beta test will take place between October 12 - 14, 2018, and will be accessibly to those who have a Bandai Namco EP!C Rewards Club membership.

Jump Force will release in February 2019 for PC, Xbox One and PlayStation 4. An exact release date has not yet been announced. 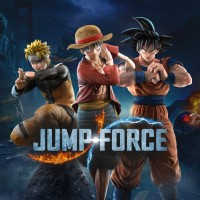