The studio reconsidered after a significant amount of requests came in

The racing game DiRT Rally 2.0 will be getting virtual reality support this summer, development studio Codemasters announced. The game will release this month.


DiRT Rally 2.0 dares players to carve their way through a selection of iconic rally locations from across the globe, in the most powerful off-road vehicles ever made, knowing that the smallest mistake could end their stage.

No one likes ads. We know that. But ads help us pay the bills. sentiment_dissatisfied
Please whitelist us in your adblocker software so that we can continue to provide quality content.
Ad complaints? Contact us.
Advertisement
The game will feature locations set in New Zealand, Argentina, Spain, Poland, Australia and the USA. In addition, players are able to race on eight official circuits from the FIA World Rallycross championship, complete with licensed vehicles.

It will contain both a single player Career campaign and online competitive multiplayer game modes. However, whether the multiplayer component will feature sufficient worthwhile content this time around is still unknown.

The development studio was not planning to add VR support to the game, but has reconsidered adding it after a significant amount of requests came in. Only support for the Oculus Rift headset was confirmed, but it is likely it will also support the HTC Vive. 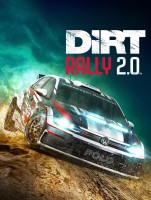