Teamfight Tactics somewhat succeeded in getting its foot in the door

Teamfight Tactics is Riot Games' first shot at the auto-battler genre and it somewhat succeeded in getting its foot in the door. The game received constant updates and, within four months, Riot Games came with innovative new sets for the game: "Rise of the Elements" and "Galaxies". How have these two sets changed the game? Thankfully, it is for the better.


Teamfight Tactics is played on six rows of a hexagonal chessboard with eight players building their ultimate team by buying units, finding the right team chemistry and utilizing items. Each unit has their own ability that they will unleash after their mana is full. After each round, the player who loses will take damage based on how many units the winning team has. The last one alive is the winner.

No one likes ads. We know that. But ads help us pay the bills. sentiment_dissatisfied
Please whitelist us in your adblocker software so that we can continue to provide quality content.
Ad complaints? Contact us.
Advertisement
This format is not different from any other auto-battler out there but Teamfight Tactics brought some new things to the table, the carousel item/unit draft for example.


The carousel acts as a balance mechanic and gives each player a chance to acquire a character or item. At the beginning of the match, all players have the same chance at the draft. Later on, players on the bottom of the board will get to draft earlier than players who are well off. This mechanic is unique to the auto-battler video games and innovated the genre.

In addition, Teamfight Tactics' origin system may not be innovative but it works well. Each character has their own set of "origins" which can sync to other units who have the same origin. An example would be when two "glacial" units are on the field, they both have a small chance of freezing enemy units. More synergies equate to increased freeze chance. This system is dynamic in the sense that each player can make each team their own. It is fun to find the right team combination and items to steamroll through the competition.
photo_camera
5 images
Despite being good at launch, it is undeniable that some compositions are more effective than others. In the first set, summoners were the dominant force and would kill any team it faces. Riot responded with nerfs and adjustments throughout the game. Riot even added new units and origins but it just couldn't fix the meta issue. Eventually, the development team realized that they have to constantly update the game just like Summoner's Rift.

"Galaxies" is the current set and it has some of the coolest team synchronizations that the game mode has ever had. The mech-pilot origin combines the stats of three units to make a Garen robot which can also possess an item from each of those units.

After having played all three sets, you will realize that there is a favored composition of teams and items for each set. What differentiates "Galaxies" from the other sets is that most matches stay extremely competitive. You can get demolished, sure, but your health will not be that far off from your competition.


It is only natural that Riot would make an auto-battler game mode within the League of Legends universe. They already have all the assets as a base and all they have to do is put in the work on its gameplay mechanics. This is why Teamfight Tactics is a well-developed game.

This is not to say that the development studio did not have to put in any thought about how to use said assets. Skins became a source for themes and gameplay ideas. For example, League characters who have ice skins became a glacial unit in "Rise of the Elements." It was just a matter of time before Riot made more sets for future seasons.

This works out well since it motivates them to design more skins and more skins mean more purchase options for every Summoner. Not to mention their new "Little Legend" avatars for Teamfight Tactics, now you really get some options.

Again, Riot has the assets and they are putting it to work. Most of the special effects can be indistinguishable from Summoner's Rift sound effects, at least in tone. The recently added "booms" where the winning Little Legend shoots an elemental laser at the losing player is satisfying. The buy and sell noise is a nice touch.


Teamfight Tactics had come a long way since its launch. In just a span of months, it went from competent to a serious contender for the best auto-chess game. Riot has a great track record when it comes to keeping stuff fresh and exciting, but they also realize that each new set has a limited lifespan, very limited in fact.

The "Rise of the Elements" and "Galaxies" sets are only a few months apart and for good reason. Each set gets boring after playing them for a few months. Gradual updates solve this problem and Riot does not seem to mind that extra work.

Overall, this game is currently one of my favorite games to play. It does not require insane mechanics to be good. Game knowledge is king and for some people, present company included, this is what League of Legends is lacking. Teamfight Tactics is a casual, refreshing game and maybe that is what people need. 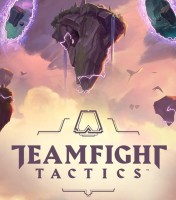 Teamfight Tactics
PC, Android, IOS, Mac
The good
add_circle_outline
Uses existing assets from League of Legends to focus on gameplay mechanics
add_circle_outline
Game knowledge is significantly more important compared to League of Legends
The bad
remove_circle_outline
Sets become boring after a while, requiring constant game updates
8
Out of 10
Verdict
Very good
Scoring policy
You have read this entire article completely free of charge
Consider supporting our independent journalists by becoming a premium subscriber to gain unrestricted access to all content and features.