Nintendo: "Pokemon RPG game for Nintendo Switch to release in 2018 or later"

Nintendo has confirmed that the upcoming Pokémon RPG game for the Nintendo Switch is expected to release sometime in 2018 or later. The game was announced during Nintendo's E3 2018 livestream.


The Pokémon RPG game is currently being developed by Game Freak. The Japanese studio is known for its involvement in the development of several popular Pokémon titles for the Nintendo Gameboy handheld console, including Pokémon Red and Blue and Pokémon Gold and Silver.

No one likes ads. We know that. But ads help us pay the bills. sentiment_dissatisfied
Please whitelist us in your adblocker software so that we can continue to provide quality content.
Ad complaints? Contact us.
Advertisement
The new game is rumored to feature the same gameplay formula as the one used in the original Gameboy titles, though that has yet to be confirmed.

The game's current working title is "Pokémon for Nintendo Switch", however that is likely to change once the game gets closer to its release in 2018. 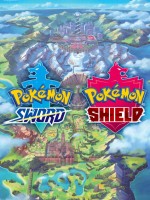