The second Modern Warfare game may also be getting a remaster

Publisher Activision may be announcing a remastered edition of Call of Duty: Modern Warfare 2 soon. The game was briefly visible on the website of rating organization PEGI.


According to the listing, the game received a mature 18 and up rating, which restricts availability in certain retail stores. It isn't the first time that a remastered edition was rumored to be released. Last year, an online retailer briefly listed the game on its website.

No one likes ads. We know that. But ads help us pay the bills. sentiment_dissatisfied
Please whitelist us in your adblocker software so that we can continue to provide quality content.
Ad complaints? Contact us.
Advertisement
The listing is interesting because the remastered edition of Call of Duty 4: Modern Warfare received incredibly negative player feedback when it released in 2016. The game was only available bundled with Call of Duty: Infinite Warfare, which also received negative reviews. It was eventually released as a separate title.

The first Call of Duty: Modern Warfare Remastered featured updated graphics and an extremely underwhelming multiplayer experience. It is expected that the next remaster will follow the same trend.

The goal of the Pan European Game Information (PEGI) rating organization is to help European consumers make informed decisions when buying video games or apps through the use of age recommendations and content descriptors. 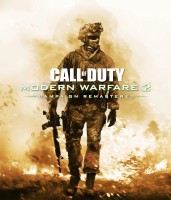