The new character was announced via an announcement in the Japanese manga magazine V-Jump. Both Tien and Yamcha will also be included in the game.

No one likes ads. We know that. But ads help us pay the bills. sentiment_dissatisfied
Please whitelist us in your adblocker software so that we can continue to provide quality content.
Ad complaints? Contact us.
Advertisement
According to the article, Android 21 will be able to make use of several iconic attacks, including the Wolf Fang Fist and the Spirit Ball.

Earlier this month Bandai Namco announced that Frieza would also be appearing in the game by releasing a character trailer. 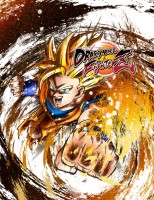