Zombie game World War Z to release in April, on PC only via Epic Games Store

The co-op action game will not be available via Steam

No one likes ads. We know that. But ads help us pay the bills. sentiment_dissatisfied
Please whitelist us in your adblocker software so that we can continue to provide quality content.
Ad complaints? Contact us.
Advertisement
Players must outlive the dead through intense four-player co-op campaign missions around the world and battle both zombies and real human opponents in competitive, team-based Players vs Players vs Zombies (PvPvZ) multiplayer.

The co-op multiplayer modes allow you to play with up to three friends using six distinct classes and an arsenal of deadly weapons, explosives, turrets and traps to decimate the undead and live to fight another day.

The game is currently in development at Saber Interactive. The studio also worked on Spintires: MudRunner, Halo Online, and Quake Champions together with id Software.

The PC version of the game will only be available via the Epic Games Store and will not be available on Steam. A reason for this decision was not given. 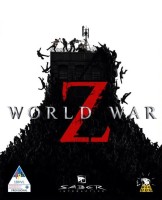