The new game is said to be the direct sequel to the first Warhammer: End Times - Vermintide game.

The five heroes from the first game have all returned to take on an even greater threat: the combined forces of a malevolent and destructive Chaos army and the swarming Skaven horde.

Players can choose between 15 different careers, climb the talent trees, customize their arsenal to fit their unique play style, fight their way through a myriad of stunning levels, and challenge themselves in our new Heroic Deeds System.

The game will feature co-op multiplayer functionality that will allow up to four players to play together.

Warhammer: Vermintide 2 launches on March 8, 2018, for PC. The Xbox One and PlayStation 4 edition is expected to be released later this year.

Warhammer: Vermintide 2 release for Xbox One and PlayStation 4 confirmed 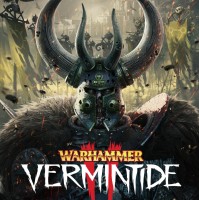 Warhammer: Vermintide 2 release for Xbox One and PlayStation 4 confirmed

ZeroLives.com is a company from Moonlight Multimedia.
Find us on
Contact Advertise Apps Newsletter Scoring policy Guestwriting Terms of service
Edition:
English
Theme:
Default
Dark
© 2011 - 2020 ZeroLives.com. All rights to their respective owners. Webhosting by Moonlight Multimedia.
An error has occurred
Cancel No Yes OK
ZeroLives.com
Get the official mobile app
Install now Install now
close
Do you want to receive notifications for breaking news?
Enable notifications
No spam. Just news.
Weekly newsletter
Stay updated with our weekly newsletter. The latest news in your e-mail inbox every Saturday.
done
Do it
close
No thanks!
Thank you for subscribing
close
Close