Publisher Warner Bros. has released a new gameplay trailer for the upcoming shooter game Hitman 2. The game is the direct sequel to the previous Hitman game.


Hitman 2 will take players on a global adventure across a mix of bustling international locations, including a vibrant Miami setting with the colorful ambiance of an in-progress motorsport race bringing a new backdrop to the series.

In the game players play as the masterful Agent 47 and embark on a mission to hunt the elusive Shadow Client and unravel his militia once and for all. However, when 47 learns the hidden truth about his past, nothing will ever be the same.

The game is said to feature "hyper-detailed" sandboxes full of "living, breathing environments" to explore. It is also said to give players total freedom to plan the ultimate assassination by utilizing an assortment of tools, weapons, disguises and stealth techniques to creatively trigger their own unique chain of events. 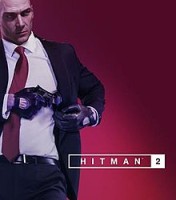 ZeroLives.com is a company from Moonlight Multimedia.
Find us on
Contact Advertise Apps Newsletter Scoring policy Guestwriting Terms of service
Theme:
Default
Dark
© 2011 - 2020 ZeroLives.com. All rights to their respective owners. Looking for software development? Click here.
An error has occurred
Cancel No Yes OK
ZeroLives.com
Get the official mobile app
Install now Install now
close
Do you want to receive notifications for breaking news?
Enable notifications
No spam. Just news.
Weekly newsletter
Stay updated with our weekly newsletter. The latest news in your e-mail inbox every Saturday.
done
Do it
close
No thanks!
Thank you for subscribing
close
Close