Capcom has announced a making-of video series for Resident Evil 7: Biohazard. The video series will give viewers a behind-the-scenes look at the game's development process.


The first video was released earlier today and showcases how the game's development team was set up. The video shows unique footage from inside Capcom's buildings where developers were working on the game.

No one likes ads. We know that. But ads help us pay the bills. sentiment_dissatisfied
Please whitelist us in your adblocker software so that we can continue to provide quality content.
Ad complaints? Contact us.
Advertisement
In the game players play as Ethan Winters as he searches for his wife Mia, which leads him to a derelict plantation inhabited by the Baker family.

Players must make use of weapons and tools in the fight against the Baker family and creatures known as the "Molded". Healing herbs are used in the event of injury and the game also includes puzzles that need to be solved to continue the storyline.

Resident Evil 7: Biohazard launched in January for PC, Xbox One and PlayStation 4. The PlayStation 4 version also includes exclusive virtual reality support, which will be coming to the PC this fall. 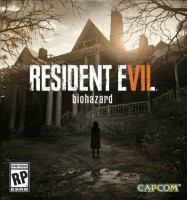 Resident Evil 7: Biohazard
Capcom
Platforms
PC, Xbox One, PlayStation 4
Release date
PC, Xbox One, PlayStation 4, Virtual Reality
Tuesday, January 24, 2017
assignment
Learn more
Advertisement
No one likes ads. We know that. But ads help us pay the bills. sentiment_dissatisfied
Please whitelist us in your adblocker software so that we can continue to provide quality content.
Ad complaints? Contact us.
Advertisement
subject