Call of Duty: Modern Warfare reboot to get multiplayer open beta in September

A multiplayer open beta for the upcoming shooter game Call of Duty: Modern Warfare will be available in September, publisher Activision announced. The game is a reboot of the Modern Warfare franchise.

A new multiplayer trailer was also released last week featuring in-engine cinematic action scenes of multiplayer battles. The publisher also showcased actual gameplay footage to select streamers during an event, but many journalists were not invited.

The reboot of the Modern Warfare series will feature a singleplayer story campaign that is similar to the original. It will see several returning characters, including Captain Price.
A gameplay event hosted for selected Twitch streamers
Players are said to engage in "breathtaking covert operations" alongside a diverse cast of international special forces throughout iconic European cities and volatile expanses of the Middle East.

The game will also contain "the ultimate online playground" with classic multiplayer and squad cooperative play in a collection of elite operations.

Call of Duty: Modern Warfare will release on October 25, 2019, for PC, Xbox One and PlayStation 4.

Call of Duty: Modern Warfare gets PC trailer, to release this week

Call of Duty: Modern Warfare reboot to get reload during aiming down sight

Next Call of Duty game is Modern Warfare reboot, to release in October 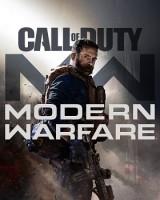 Call of Duty: Modern Warfare gets PC trailer, to release this week

Call of Duty: Modern Warfare reboot to get reload during aiming down sight

Next Call of Duty game is Modern Warfare reboot, to release in October

ZeroLives.com is a company from Moonlight Multimedia.
Find us on
Contact Advertise Apps Newsletter Scoring policy Guestwriting Terms of service
Edition:
English
Theme:
Default
Dark
© 2011 - 2020 ZeroLives.com. All rights to their respective owners. Webhosting by Moonlight Multimedia.
An error has occurred
Cancel No Yes OK
ZeroLives.com
Get the official mobile app
Install now Install now
close
Do you want to receive notifications for breaking news?
Enable notifications
No spam. Just news.
Weekly newsletter
Stay updated with our weekly newsletter. The latest news in your e-mail inbox every Saturday.
done
Do it
close
No thanks!
Thank you for subscribing
close
Close