Sony has released a new gameplay trailer for the PlayStation 4 exclusive game God of War. The game was announced in June.

The game's first trailer was released in June and sheds light on its gameplay, environments and story.

God of War is scheduled to launch in early 2018 exclusively for PlayStation 4. 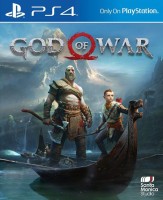 God of War
Sony Santa Monica Studio
Platforms
PlayStation 4
Release date
PlayStation 4
Friday, April 20, 2018
assignment
Learn more
Advertisement
No one likes ads. We know that. But ads help us pay the bills. sentiment_dissatisfied
Please whitelist us in your adblocker software so that we can continue to provide quality content.
Ad complaints? Contact us.
Advertisement
subject