The beta version of the PC version of Call of Duty: WWII has been flooded with negative reviews following the launch of the open beta on Steam last night.


At the time of writing, the game has recieved over 7,000 reviews since the launch of the open beta last night, of which most are negative. The title's Steam Store page is currently displaying the "Mostly Negative" user review label.

No one likes ads. We know that. But ads help us pay the bills. sentiment_dissatisfied
Please whitelist us in your adblocker software so that we can continue to provide quality content.
Ad complaints? Contact us.
Advertisement
In the reviews gamers are reporting a wide variety of issues, including the implementation of peer to peer multiplayer instead of the expected dedicated servers, framerate stuttering on high-end PCs, crashes on launch that prevent players from playing at all, crashes during gameplay, and insufficient field of view range options.

The game is currently in development at two studios, Sledgehammer Games and Raven Software, and is scheduled to launch in November.

The multiplayer game modes are partially developed in cooperation with Raven Software. The PC gaming community considers the studio to be responsible for the poor multiplayer functionality that was featured in Call of Duty: Modern Warfare Remastered. 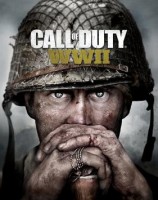