Capcom has released a new story trailer for its upcoming survival horror game Resident Evil 2. The game will release early next year.


The new trailer is the first time that we see Ada Wong in updated graphics. Wong first appears in the second Resident Evil game as she helps Leon S. Kennedy contain the T-virus.

No one likes ads. We know that. But ads help us pay the bills. sentiment_dissatisfied
Please whitelist us in your adblocker software so that we can continue to provide quality content.
Ad complaints? Contact us.
Advertisement
The game was originally released in 1998 for the original PlayStation. It was also released for PC, Nintendo 64, Nintendo Gamecube and Sega Dreamcast. In Japan the game is also known as Biohazard. 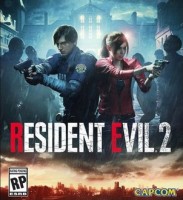