Square Enix has annnounced that it has released all of the Deus Ex: Mankind Divided bonus content that players received when they pre-ordered the game before August last year for free.


The pre-order content that was included with the game included an extra in-game mission, a compilation of skins for Adam's armor and trench coat, a re-skinned pistol and combat rifle, and various consumables.

No one likes ads. We know that. But ads help us pay the bills. sentiment_dissatisfied
Please whitelist us in your adblocker software so that we can continue to provide quality content.
Ad complaints? Contact us.
Advertisement
The content that has now been released free of charge is added to player's Steam accounts automatically via a game update. The digital novel Deus Ex: Hard Line, the mini comic The Dawning Darkness and the mini artbook have also been released for free.

On Steam players who have pre-ordered the game to receive the bonus content have not reacted positively to the decision to make the content available free of charge, with several outraged players stating that they were "ripped off".

Whether players were actually "ripped off" is up for discussion because players didn't pay extra for the content. The players did pay the full price to access the content upon release, but did not expect that the bonus content would be available for free later on.

If players had known that the bonus content would be available for free so soon after the release of the game, they could have decided to wait for the game to go on sale instead, possibly resulting in a lower number of initial sales. 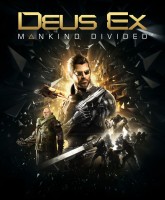