Rockstar Games has announced that it has launched the action-adventure game Bully for Android and iOS devices. The mobile version of the game was released to honor its release 10 years ago.

No one likes ads. We know that. But ads help us pay the bills. sentiment_dissatisfied
Please whitelist us in your adblocker software so that we can continue to provide quality content.
Ad complaints? Contact us.
Advertisement
The game also features cloud save options and support for physical controllers that can be connected to mobile devices, including the Xbox 360 controller.

The Android version of the game is available via Google Play for €6.99, the iOS version will be available on iTunes later today for the same price. 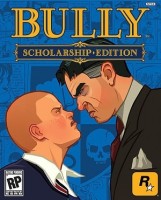