According to a recent announcement, the implementation of DirectX 12 support will bring more efficient usage of CPU resources, resulting in a "significant increase" in the frame rates and improved graphics presentation, especially for players with mid-end PC configurations.

No one likes ads. We know that. But ads help us pay the bills. sentiment_dissatisfied
Please whitelist us in your adblocker software so that we can continue to provide quality content.
Ad complaints? Contact us.
Advertisement
The new build is said to fully utilize the potential of the available hardware, allowing improved graphical fidelity. Players who own high-end hardware configurations can now try out the DirectX 12 client by accepting via the launch dialog.

In addition to the beta client, the game also sees a significant update to its Europa Island map. The map received a "complete facelift" with the start of the fourth season. The once "paradise island" has turned into the "island of wilderness," with a variety of new landscapes including Gobi desert, red soil, loess, and coniferous forests.

The quick marking system also sees improvements, now allowing players to apply different marks for their teammates, such as marking weapons, equipment, attachments, vehicles, and airdrops, matching the system to that of its competitor Apex Legends. 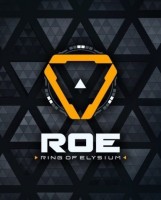