PlayStation 4 version of Night in the Woods delayed, PC version still on schedule to release tomorrow

Indie game developer Infinite Falls has announced that the PlayStation 4 version of Night in the Woods has been delayed by a week because of unforeseen "random factors". The PC version is still scheduled to launch tomorrow.


In Night of the Woods players play as the cat Mae Borowski as they explore the former mining town of Possum Springs. The game is an adventure game focused on exploration, story, and character, featuring dozens of characters to meet and, according to its developers, lots to do across a lush, vibrant world.

No one likes ads. We know that. But ads help us pay the bills. sentiment_dissatisfied
Please whitelist us in your adblocker software so that we can continue to provide quality content.
Ad complaints? Contact us.
Advertisement
The indie game first made its way to Kickstarter in 2013 where it raised $209,375 to finish development. The game has been in development ever since.

It is not the first time that the indie title has suffered delays. Back in December the game developer also delayed the release of the game for similar reasons, a final release date was announced last January.

Indie adventure game Night In The Woods gets new trailer 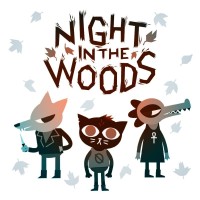 Indie adventure game Night In The Woods gets new trailer